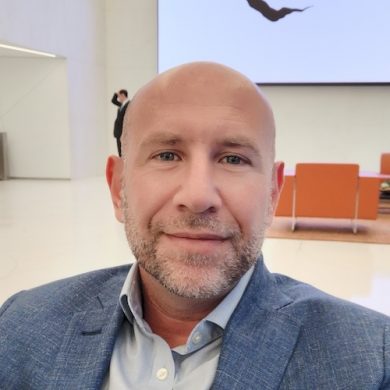 David Raviv developed his thirst for technology early while in the Israeli Air Force (IAF), as a drone pilot where he still today owns/pilots drones. David later transitioned to Canada where he pursued his undergraduate degree in Computer Science, and Masters in Business Administration. Further interest in technology led him to join Robert Herjavec’s organization (known for TV’s “Shark Tank”) where he was one of the first round of thinkers and doers at The Herjavec’s Group – responsible for technical sales and business development which led to over fifteen million in sales. David continues his quest for technical knowledge holding CISSP certifications since 2001. After settling down in the US David has been instrumental in transforming numerous technology start ups such as ProofPoint, Optiv, & HYPR.

In 2013 David founded the New York Information Security Meetup, the largest independent security group in the country hosting over 85 live events in NYC. The group now has over 5000 active members. As the world turns, David is focused on sharing intelligence with like minded experts via his “fireside chats” with pioneers in the technology industry. His passion for information security has led him to virtualizing his events to accommodate today’s forever changing regulations.